Orison Swett Marden is the author of the timeless classic, Pushing To The Front – the ultimate American success book. 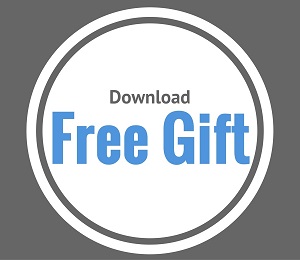 Please accept this free gift, a copy of the classic book on the secrets of leadership and success, Pushing To The Front.

We appreciate you taking the time to visit our website. There are universal truths to being a good leader and leading a quality life. You owe it to yourself to get the free book.

Listen to a short audio message for more details...

The original book on American success was published in 1894. The book was so well received it was revised and expanded by the author, Orison Swett Marden, and re-published in 1911. With seventy inspiring chapters and over 800 pages filled with timeless wisdom, Pushing To The Front is clearly an American treasure.

Dr. Marden is considered to be the true founder of the American success movement. Pushing To The Front was his first and most popular book. Marden was a prolific writer, authoring over 50 books on success related topics.

Mardens’ personal story is one of success despite tremendous disadvantages. His complete story is detailed in an autobiography The Life Story of Orison Swett Marden, written by Margaret Connolly - Marden's longtime assistant editor. Readers can access the complete autobiography in our Classic Self Growth Library.

"It is doubtful whether any other book, outside of the Bible, has been the turning-point in more lives."

- Pushing To The Front

In summary, Orison Marden was orphaned at the age of seven and lived in a number of abusive foster homes that unfortunately took him in only to treat him as a "hired boy".

Despite his difficult circumstances, Orison Swett Marden was determined to better himself and to find his place in the world. He was inspired by another great book that he once found in an attic, entitled Self-Help by Samuel Smiles.

Marden was resolute in his work and his studies. He worked his way through college, graduating from Boston University in 1871 with a law degree. Later he gained additional academic honors.

Throughout his early adulthood he became a successful hotel owner and he began to study the best practices of America’s greatest and most notable leaders. He sought to identify the most common rules of leadership, achievement and success. 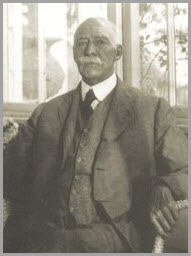 After losing his entire 1500 page manuscript in a house fire, which took him almost two years to compile, Marden grew even more determined to complete his life’s work.

In 1894, Orison Swett Marden completed his masterpiece Pushing To The Front.

The publishers describe the book as "full of the most fascinating romances of achievement under difficulties, of obscure beginnings and triumphant endings, of stirring stories of struggles and triumphs."

Orison Swett Marden received literally thousands of letters of praise for his work. Readers reported how Pushing To The Front brought them back from ruin to better themselves; back to passions they had earlier abandoned, and inspired them to press onward and rebound from prior business failures.

Written in the late 19th century, Pushing To The Front stands out as a timeless classic. Marden makes regular references to successful women of the day. He even refers to the coming of the 20th century as "the century of the woman". Orison Swett Marden goes on to talk about the need for women to express themselves beyond the role of the typical housewife and mother.

He continued to demonstrate a keen understanding of the coming age, challenging more traditional views of the time, by praising black Americans such as Frederick Douglass and others.

Pushing To The Front clearly distinguishes itself apart from some of the worst attitudes of the time. Orison Swett Marden masterfully illustrates his abhorrence of bigotry toward race, age or gender. He holds a particular disgust for anyone blindly living only for the almighty dollar.

He is successful at inspiring his readers to pursue a fulfilling career that excites them and enriches them intellectually.

Orison Swett Marden challenges us to identify and develop our natural talents and passions to the fullest. He points out how doing what we love ultimately provides us with the drive and motivation necessary to prosper both emotionally, physically and monetarily.

Mardens’ most persistent theme in the book is that character is built through adversity.

In the book Pushing To The Front, Marden states that "poverty and hardship have rocked the cradle of the giants of our race". He draws our attention to such noteworthy individuals as:

This book contains countless stories of the "poor-boy making good". You won’t easily set this book down once you begin this memorable journey.

In Pushing To The Front, Marden states, "Show me a really great triumph that is not the reward of persistence. Genius, when you look more closely at it, usually turns out to be the sum of uncommon dedication to a task."

"Kites rise against, not with, the wind."

Orison Swett Marden goes on to explain that when Alexander the Great was asked how he had managed to conquer the world, he simply replied, “By not wavering.”

Marden makes the point that we, as a people, tend to gravitate toward the one, or the few, who demonstrates the firmest resolve. Those who clearly know who they are and what they stand for become the leaders of their community and the world.

As we point out often on this web site, these leadership traits can be learned. Leadership is not just for those who are born with certain success qualities.

Anyone who seeks to better him or her self, and who demonstrates a strong desire and commitment to grow – CAN reach their potential. You CAN be successful. You CAN realize your lifelong dreams.

Orison Swett Marden - About The Book

In terms of quantity of motivational content, this book continues to overshadow most of today’s self-help and success literature.

Pushing To The Front is, without a doubt, a masterpiece. This book is a must-read and should be passed down from father-to-son, mother-to-daughter, friend-to-neighbor - for inspirational words of wisdom and classic lessons in leadership.

From all of us at Leadership-Tools.com, it is our pleasure to provide readers with a free copy of this wonderful book. For the first time anywhere, we are giving away this timeless classic – complete with all 70 inspiring chapters, over 800 inspiring  pages.

We believe so strongly in the teachings of this book that we have invested our time and money to bring this great book to anyone who wishes to receive it. Consider this our special gift to you.

You are encouraged to share Pushing To The Front with anyone whom you feel would benefit from its teachings.

Download the free ebook Pushing To The Front simply by completing the request form below. You will immediately be taken to the special download page, where you can quickly access the free ebook file

By registering for our free newsletter, you will have continuous access to all current and future free leadership tools, ebooks, and audio products.

Rest assured, we never share your email address with any third party, and you have our personal guarantee that at any time you will maintain the right to unsubscribe at any time.