If You Can Finance Yourself

There is nothing more important to a human being than to be able not only to earn his living, but also to know how to use his money to the best advantage, for on this depends his power to make himself independent and consequently to do his best work in the world.

The money sense, if not inherited, should be cultivated. Every child should be taught how to finance himself; he should know how to handle money, how to save money, how to spend it wisely for personal enlargement and for life enrichment. 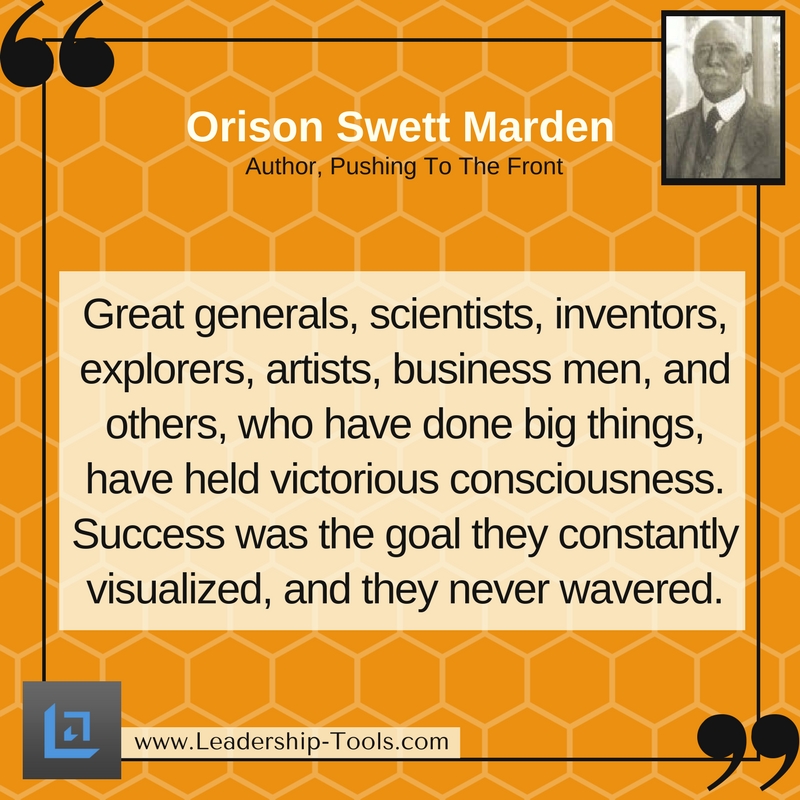 "A little money in the bank is a great friend both in time of need and in time of opportunity."

Every child should be trained in thrifty habits, should learn the true value of money and should be able to feel the backaches in every dollar.

If we do not teach our children to know what money means, how can we expect them to show wisdom in handling money in their maturity?

The average man does not use anything like the good judgment, the good sense in spending, in investing his money, which he does in earning it. A self-made millionaire tells me that not more than three men out of a hundred who have made money are able to hold on to it. Multitudes of men die without an independence, without a home, without even having been able to support themselves.

I am constantly running across men in middle life or later who have worked hard for many years and tried to get on; but they have nothing to show for it, have nothing laid by; they have no ready cash to enable them to avail themselves of opportunities and no good, solid investments.

They have never made any headway since they were young men, because they never learned how to finance themselves. They are like the frog in the well, which keeps jumping up only to fall back again to the bottom from where it started.

There is no other one thing which will mean quite so much to you in after life, my young friend, as learning the art of handling money and knowing how to finance yourself wisely. If you cannot do this, you will always be an easy-mark for any smooth and oily promoter that happens along. Everybody will be aware of your gullibility and know that if you have any money it is not much of a trick to get it away from you.

Money is the slipperiest stuff in the world. The majority of people can't hold on to it any more than they could hold on to an eel or a greased pig. It slips through their fingers and disappears through all sorts of leaks of the pocketbook. Scores of men can make money where only one can hold on to it. There is always somebody who needs money, always some temptation to spend it.

Most people take too much risk with the money they have; they are too greedy, too anxious to keep it at work. They dislike having a dollar on hand that is not earning something, and so they often make the most foolish investments.

"Beware of little extravagances. A small leak will sink a big ship."

There is one man of my acquaintance, an able business man in many respects, who has been in hot water most of his life because of this. He never has ready cash for any unusual opportunity or emergency. He is a fine chap, a popular man, and has much ability, but he cannot bear to keep money lying idle; it must be doing something; so he puts it into anything that offers, and then when good chances come he can't avail himself of them, because his money is tied up in some wildcat scheme.

"Don't take chances with your little savings," is the advice of level-headed experts in financial matters.

Making foolish investments, trying to make large profits has kept vast multitudes of people in poverty all their lives. There is nothing like taking a stand in your early career only to invest in sound, solid, substantial things.

The rich man can afford to take chances because if he loses he does not feel it, but you can't afford it. Go slow. The gambling instinct, the effort to make a fortune quickly, a lot of money with a little investment, is the cause of more unhappiness, of the poverty condition in more homes, than anything else I know of. It makes more disappointed lives, thwarts more ambitions, causes more people to die disappointed with their careers than any other thing.

"Many people completely fail in life or are forced to live in mortifying poverty, to struggle along perhaps under the curse of debt, miserable, and handicapped all their lives because they never learned how to finance themselves."

One of the first steps in financing yourself properly is to keep a personal cash account. This is one of the best educators and teachers of economy and system. If the habit is formed when you are young in years it will never be broken. It will mean a competence in later life when otherwise there would have been none.

The world demands that every individual know how to take care of himself, how to be independent, self-reliant, how to finance himself wisely, how to make the most of his income. 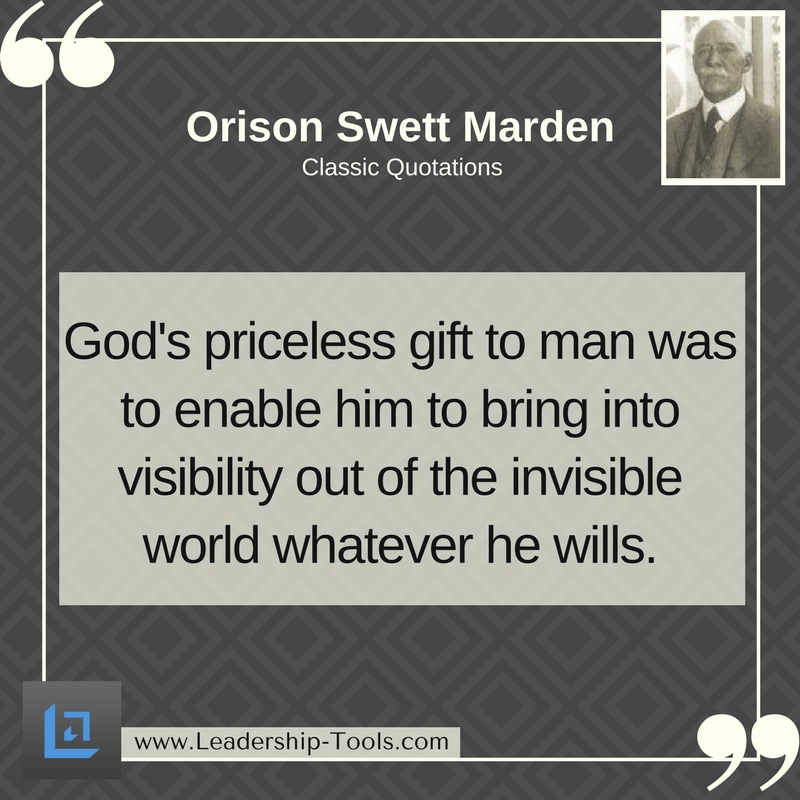 However you make your living, whether by the work of your hand or of your brain, in a trade or in a profession, at home or in the shop, whether your income be small or large, you will always be placed at a disadvantage, unless you know how to finance yourself successfully. This is not to be mean, or stingy, but to know how to make the most out of your income; not to expend the margin you should save in silly extravagances or to make foolish investments.

There is one thing that should be indelibly impressed upon every youth's mind, and that is the tragic consequences of debt, especially when incurred in early life. It has ruined many of the most promising careers.

The youth should be so trained that under no consideration could he be induced to complicate his life by financial obligations. He should be shown that his success in life, the realizing of his ambition will depend very largely upon keeping his ability free from any sort of entanglement, and that he must keep this freedom at all costs.

He should be taught that his unclouded enthusiasm and his zeal are very precious assets, and that nothing will kill these more effectively than the consciousness of being in a trap, the consciousness of being tied hand and foot by the curse of debt. The youth should be taught that to mortgage his future prospects would be fatal.

I have known quite a number of very promising young men to run in debt for automobiles. Many men have even mortgaged their little homes in order to get an automobile, trying to justify themselves by what it would mean to the health and pleasure of their wife and children.

Of course it would mean a lot to them, but, on the other hand, to a young man who is just starting out for himself, the purchasing of that which he cannot afford may handicap him for many years.

No one can be happy, no matter how optimistic, who is forever in the clutches of poverty, of harassing debt.

I know a man who has literally lived in shame for many years because of early debts which he contracted when he had good credit. When he lost his business he had to struggle with this debt, until the interest doubled and tripled, and sometimes quadrupled. Nothing could have persuaded him to put his head in such a noose if he had realized what the result would be.

"To be broke is bad," says Dr. Frank Crane. "It's worse; it's a crime. It's still worse, for it's silly. Crimes can be pardoned and sins forgiven, but for the plumb fool there is no hope."

Now, the young man who puts nothing by for a rainy day or an emergency is a "plumb fool." And there are so many of them! As the late Marshall Field said, "the present-day tendency to live beyond their incomes brings disaster to thousands."

I am your best friend in time of need.

I can do for you what those who love you most are powerless to do without my aid.

I am the oil that smooths the troubled waters of life. I straighten out difficulties and remove obstacles that will yield to nothing else.

I am a supporter of faith, a spur to ambition, a tonic to aspiration, an invaluable aid to people who are struggling to make their dreams come true.

I give a man a fine sense of independence, a feeling of security in regard to the future, which increases his strength and ability and enables him to work with more vigor and spontaneity.

I am a stepping-stone to better things; a hope builder; an enemy of discouragement, because I take away one of the greatest causes of worry, anxiety, and fear.

I increase self-respect and self-confidence, and give a feeling of comfort and assurance that nothing else can give. I impart a consciousness of power that makes multitudes, who otherwise would cringe and crawl, hold up their heads and carry themselves with dignity.

I open the door to many opportunities for self-culture and to social and business advancement. I have enabled tens of thousands of young men, who made sacrifices to get me, to take advantage of splendid opportunities which those who did not have me were obliged to let go by.

I increase your importance in the world and your power to do good. I make people think well of your ability, increase their confidence in you; give you standing, capital, an assured position, influence, credit, and many of the good things of life that without me would be unattainable.

I am a shock-absorber for the jolts of life, a buffer between you and the rough knocks of the world. The man or woman who doesn't make an honest, determined effort to get me is lacking in one of the fundamental qualities that make for the happiness, the prosperity and well-being of the whole race.

Millions of mothers and children have suffered all sorts of hardships and humiliations because husbands and fathers lacked this practical quality, which would have saved themselves and those dependent on them so much suffering and misery.

Multitudes have spent their declining years in homeless wretchedness, or eked out a miserable existence in humiliating dependence on the grudging charity of relatives, while other multitudes have died in the poorhouse, because they failed to make friends with me in their youth.

I am one of the most reliable aids in the battle of life, the struggle for independence; ever ready to help you in an emergency — sickness in your family, accident or loss, a crisis in your business — whatever it may be. You can always rely on me to step into the breach and do my work quietly, effectively, without bluster.