Think Like A Champion:
An Informal Education In Business And Life

Think Like A Champion is a great read for anyone wishing to find personal solutions in these uncertain financial times. 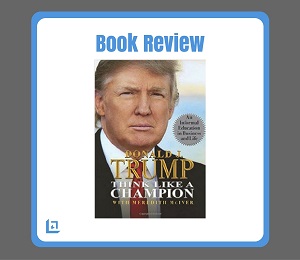 In his trademark style, “The Donald”, pulls no punches as he takes us on a journey to where we are inspired, yet we also feel a level of discomfort as he challenges us to take a good strong look in the mirror and acknowledge our flaws.

Unless you've been hiding under a rock over the past couple years, you know that Trump is no longer known as the guy on TV who loves to fire everyone. He has recently pulled off the unthinkable and won the 2016 United States Presidential election, which is why we decided to revisit and update this book review for our readers.

Thankfully, in this book the author sets aside his self-promoting ways, and makes a real effort to connect with his readers by sharing more of himself than he has in the past.

Think Like a Champion: An Informal Education In Business and Life

, is a collection of writings that sum up Trump’s thought process on how one becomes successful.

Unlike the brash, flamboyant persona we see on TV, here Trump shares his more reflective side, and he reveals how he applies each thought/idea into the fabric of his personal and professional life.

Trump acknowledges that the reason so many people are attracted to him is his ability to be blunt. He also admits his bluntness is the reason a large number of people dislike him.

The point is that he doesn’t act a certain way for the benefit of others. Rather, he acts the way he does because that is truly who he is. Throughout the primary and general election process, we witnessed Trump struggle with this as people around him kept trying to reel him in.

Although Trump made adjustments to his campaign when results were lagging, for the most part he stayed true to himself by maintaining a no-holds barred approach to achieve his goal and win the election, despite almost every national news pundit counting him out.

Regardless of your own political views, and particularly now that Donald Trump will be President of the United States, you owe it to yourself to read Think Like A Champion to get a sense of what makes this man tick.

On page one Trump talks about his hopes for the new President being ushered into office back in 2008. His views and hopes for Barak Obama at that time are very interesting given his more recent analysis of the past 8 years of an Obama Presidency.

"Winners have simply formed the habit of doing things losers don't like to do."

Trump's friend and Co-Author of Midas Touch, Robert Kiyosaki, says that he sees Donald Trump as someone who is consistent is what he thinks, says and does.

Think Like a Champion: An Informal Education In Business and Life

, is “The Donald’s” attempt to provide specific examples of how one’s approach to life and business should remain consistent.

Whether you are dealing with a business or personal issue, he believes we should think about it clearly, dissect it (poke holes in it to challenge your believe system), and then decide on a course of action that is consistent with your values.

Trump enjoys putting time and energy into digging below the surface of a problem and coming up with a unique and effective solution to an issue.

In Think Like A Champion, the author takes time to pay tribute to his father, who was his most influential mentor. Trump shares that while he was in school his father would often send inspirational quotes to him to provide words of encouragement and motivation.

Trump has provided many of these same quotes are at the beginning of each chapter of the book in an attempt to provide the same benefit to his readers. Each quote fits nicely with the title and the content within the chapter.

One chapter that is powerful and quite memorable is titled, Winners See Problems as Just Another Way to Prove Themselves.

"Depending on how much power we give to a problem, it becomes a huge barrier or simply a bump in the road."

Trumps teaches us that problems are simply a mind exercise.

Basically, Trump's message is to expect problems and move as quickly as you can to overcome them. Efficiency is key. Don’t let one problem destroy the momentum you've worked so hard to create.

Often in order to solve a problem you'll need to learn something new, so before tackling an issue just assume you may have a lot to learn.

Don’t be discouraged by the work involved in overcoming your learning curve, embrace it – because the more we learn and become proficient at leveraging our newfound knowledge, the more value we will be to the world.

Every opportunity creates a path to learn and grow, and by doing so you raise your human capital and become more valuable to prospective employers.

These are just a few of the many lesson in the book. It's a great read and we recommend it to our readers.

Donald J. Trump has become one of the most recognized name in the United States. He is well known for speaking his mind and he isn't too concerned about being liked. Most people either love him or greatly dislike him.

He is continually tweeting his views to over 25 million followers.  Although Mr. Trump likes to be personally involved in his many business ventures, this may change now that he'll be moving into the White House in 2017. 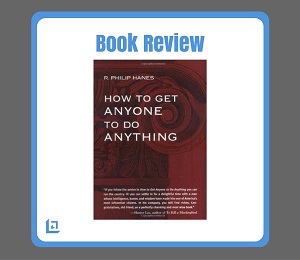 How To Get Anyone To Do Anything 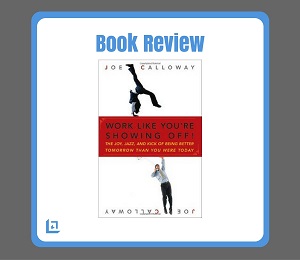 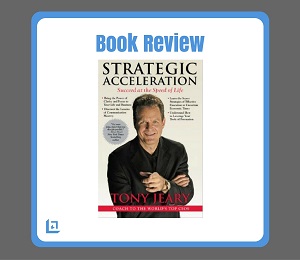